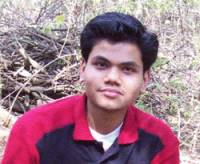 22 year old child prodigy Tathagat Tulsi has joined IIT Bombay as an assistant professor, possibly as the youngest to ever do so.

Tathagat has been a fairly controversial figure, with the delegation of scientists taken by the Department of Science & Technology to Lindau in Germany for an interaction with Nobel laureates, suggesting that he was a “fake prodigy” who had “mugged up” jargon which he spouted unthinkingly.

With this accolade under his belt, apart from getting his PhD from IISc at age 21 and getting mentioned in TIME as one of the most gifted teenagers of Asia, he seems to have finally answered his critics.